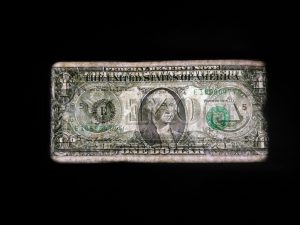 Leverage trading is very popular with Forex traders. Nevertheless, high leverage is extremely risky due to the risks associated with rapid movements in exchange rates, as well as the neglect of many experienced traders with a sound capital management rule. In addition to the known risks of using the leverage, which is the multiplication of losses, there are other hidden risks that can also lead to the zeroing of your account very easily.

Many brokerage firms are keen to promote intensively the benefits of using a high level of leverage. These misleading ads are consistent with some beginner traders believing that leverage is the shortest path to achieving wealth, which makes these brokers who offer irrational levels of leverage more reliable in the eyes of those who are inexperienced. In fact, there are practical and commercial reasons for Forex brokers to offer high levels of leverage, and by that we mean increasing profits.

The higher the leverage, the more money that traders pay to their brokers in spreads. The value of the point a trader earns, loses, or pays in the form of a spread, depends on the size of the position. Leverage allows traders to open positions in large sizes. For example, if you are using a leverage of 1: 100, you will only need $ 1,000 to open a trade that has a full standard lot size, in which case the value of each spread is equal to $ 10 (for currency pairs in which the US dollar is the quote currency) . This number may not be a problem if your account balance is $ 100,000, but it may be too expensive if your capital does not exceed $ 2,000. In this case, you will lose against the spread the equivalent of 1% of your account balance in both deals, regardless of the outcome of the deal. And if you are using a 1:10 leverage, and your balance is $ 2,000, then you will not be able to open standard contracts, which will greatly reduce the broker’s profits due to the small trading volumes that you will be dealing with. In other words, the lower the leverage, the less revenue the broker will get as a result of the dwindling volumes of your deals, which in most cases will not exceed mini contracts.

Always remember that leverage comes with a lot of risk, and therefore it may represent an existential threat to your entire account even though many traders ignore this fact. If you want to learn how to trade successfully on a real account, be sure to use a reasonable level of leverage as much as possible. Do not switch to high leverage unless you know what to do with it. Finally, completely forget the idea that you will become wealthy with the help of leverage alone, because in reality it is the shortest path to bankruptcy.

Leverage can be of a devastating effect and its effect can be great, but as a precaution, you start using a leverage of 1: 1 as increasing the percentage may make you not only lose your money but also lose more than it and become debtor, as happened in the 2015 flag with the Franco-Swiss, which increased Within an hour 30% of its value and the cause of huge losses for those who were following a financial position against the Swiss franc in any commercial deal by more than 2: 1 he lost all his money and became also debtor and even could not close his account until he paid off his debts.