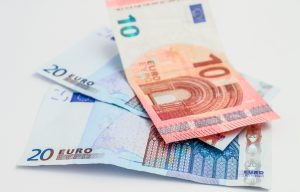 These three terms use Stop Loss, Take Profit, and Trailing Stop on a large scale in the world of currency trading as the most well-known type of stop and limit orders that are used to close a trade under certain conditions, which allows the trader to reduce his exposure to risk and trade in a more accurate way.

We entered into a purchase transaction on a standard lot 100,000 EUR / USD in an account in US dollars, which means buying 100,000 euros.

The Forex market is highly volatile which requires the use of some tools to protect our positions: Fortunately, these trading platforms provide the possibility through the use of stop and limit and trailing stops.

A stop-loss order is a way to protect ourselves in the worst-case scenario. This tool involves the use of a pause command. For example, if we place a stop loss at -20 pips (depending on the circumstances we mentioned above) for this trade, this means that we will lose no more than $ 10 x 20 = $ 200. You will find that this type of order is very useful in tracking the risk of loss for all your open positions with precision.

Unlike a stop-loss order, a take-profit order (which is based on a pending limit order) can be seen as a way to protect our profits, as the position is closed once the bid price reaches the specified level. For example, if you place a take profit order at a distance of +40 pips, this means that the maximum profit we will get from the trade is $ 10 x 40 = $ 400.

Commitment to placing a take profit order for the deal is a very necessary step because it helps us to keep the goals of the deal clear throughout the period of retention, while avoiding the possibility of occurrence severely and that we fall prey to greed, which may ultimately destroy the trading strategy. Failure to set a clear target for the deal from the moment it was opened means that we may be reluctant to close it because of our desire to get more profits. Unfortunately, however, it often ends up neglecting the closing of the winning deal after it has already reached the highest levels possible and the price has begun to decline, ending up closing it at a loss.

A trailing stop is one of the most important and very useful tools especially during periods of market turmoil. If we assume that you have activated a trailing stop order to move the take profit level by 50 points, then the pair in the previous example witnessed a jump from 1.5000 to 1.5150, then quickly bounced back to 1.4800, assuming that you put stop loss and take profit orders at 1.4900 and 1.5200 respectively . What will happen in this case

Based on this explanation, the new stop loss level will be activated when the price reaches the 1.5100 level, which means that it will “protect” a large amount of the realized profits.

I hope you have now realized how important it is to use Stop Loss, Take Profit and Trailing Stop orders as they make the difference between successful and failed trades, and for this we can say that learning to use them correctly is an essential part of the skills any Forex trader should master.