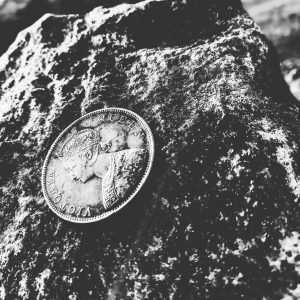 Many traders face difficulty making profits when trading in their real accounts despite the impressive performance they achieve in training or demo trading accounts. It is difficult to compare a real and demo account even if the broker offers the same trading platform to both accounts (which is generally uncommon). Does this mean that brokerage companies manipulate demo accounts to lure traders to invest in the Forex market? Let’s see in the next lines whether the regular trader can repeat the experimental performance with the real account, which requires in the beginning to study the similarities and differences between the demo account platforms and their counterpart used with the real accounts. This analysis will help us in answering the question that concerns many about the realism of demo forex accounts.

Differences between demo and real accounts

The trading platform provided for demo accounts usually holds most of the basic features that are available on the live account platform. Brokerage firms also allow the client to use the automated trading features and install various types of indicators on the demo account platform without any restrictions. Thus, it can be said that there are no technical differences between both platforms at the level of the basic functions.

The exchange rates displayed on the demo account platform may not necessarily match the prices shown on the live account platform. You will also notice that the spread prices will remain stable in the demo account even during the release of important news such as the consumer price index or the quarterly GDP growth. Real accounts witness a large increase in spread rates during periods of market volatility, which means that the profits that you will achieve during the issuance of this important news will be less than those achieved in the demo account.

It is also common during real trading that the trader often loses the opportunity to enter the market at the desired level due to the price jumps that appear from time to time. Moreover, we will notice that the currency pairs move randomly or on a winding path. These price jumps can often lead to stopping loss levels, which you will not encounter much when trading on a demo account. For all these reasons, real accounts are exposed to the risk of early exit and profit reduction when compared to the results of transactions in the demo account.

Also, price slide is one of the common phenomena in the foreign exchange markets, which is due to competition between retail brokers to obtain liquidity provided by banks and major institutions, which may lead to a rapid change in prices offered to the trader as a result of rapid market movement. These instances of re-quotes mean that the trader may not be able to reach the target price levels while buying or selling. The trader may also encounter instances of partial execution of the order, for example 3 out of 10 open contracts in the pending order may be executed, which leads to canceling the remaining part or updating the price to reflect recent changes. You will not usually encounter these defects in the demo account as you will be able to execute any quantity of contracts at the last offered price without problems.

Even if the real account trader chooses to use the ‘market execution’ mode, instead of the pending order, there is no guarantee that the price he sees on the screen will be enforceable. For this reason, the order window on the MT4 platform displays the following warning message “Warning! The transaction will be executed according to market conditions, so a significant difference may occur from the requested price.” A trader may experience a positive or negative price slide, a problem that he will not face when trading in a demo account.

When practicing real trading, you may find yourself having to consume part of your time and money just to solve the problems caused by the broker’s errors, which is the same broker who will be performing ideally while using the demo account.

The bottom line is that using the same trading platform with the real and demo account does not mean that you will encounter the same conditions of liquidity, re-pricing, spreads and price slippage, as things are completely different when trading on a real account.

When a trader is a bit dreamy, he rarely takes his time again to think about the amount of virtual money available to him in the demo account in order to trade forex. In many cases, brokers save between $ 50,000 or $ 100,000 in this type of training account. Therefore, the trader does not feel anxious if he loses a thousand or two thousand dollars, which may reflect a more serious problem that is the absence of self-discipline and ignoring the rules of risk management. The problem is that this uncontrolled behavior may extend later when moving to trading on a live account, which often has initial capital ranging from $ 1,000 to $ 5,000. Failure to follow appropriate risk management rules means that a series of four or five losing deals will be sufficient to erase at least 20% of the account’s balance. It will not stop there, but frustration at the loss will make more mistakes. In other words, having a large amount of virtual money in the demo account may lead to negative behaviors that lack wisdom when trading on the real account.

Emotions and emotions play a big role and influence the trader’s performance. The matter does not differ even with traders who have technical and fundamental analysis skills as they are likely to have difficulty curbing feelings of anger, greed, or fear when trading in the currency market.

What is Forex Trading